- February 19, 2017
Today I went my cousins bridal shower. My younger cousins are starting to get married now and the people who threw the shower had never even attended a bridal shower before. It was very well done for a first time party. This was a tame party as family was involved. It was a house party with take out Thai food and very nice cakes made by another cousin I wish I got a picture. The games revealed that the couple have a lot to learn about each other even though they have known each other for fifteen years. I won a prize for getting the most answers right on whether the bride or groom said certain answers. It's kind of interesting that I won because I have only met the groom to be once for a few minutes and I don't spend very much time with my cousin as she is much younger than me. Anyways yeah I won this great prize package. I count this as my first win for 2017. The nailpolish and kisses were a party favour but the rest was the prize. 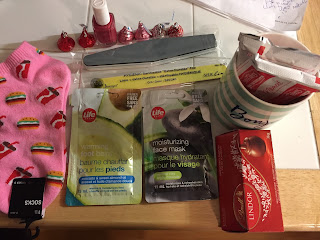 Earlier in the week I went to the dentist to get a crown I have this tooth that has had everything done to it including sticking a pin in it but nothing worked and the tooth keeps cracking. A crown is just like a filling with more steps it's in the very back of my mouth and my mouth is really small. It's also the side of my mouth that I have had oral surgery on so I can't stretch my mouth out that much. As the dentist was nicely stretching my jaw the freezing only works on the tooth she said she will give me some advil she gave me the equivalent of three. I was like oh I take  one very rarely she laughed at me and was like that won't do anything and take at least two more later in the day. Since then I have been super tired just napping or falling asleep on the couch whenever I am home. I don't know if its from the dentist or work stress or something else but I haven't done much else this week.

The last two weeks I have been craving a piece of tiramisu not a whole cake and not the kind that you can get at the asian stores. I can make tiramisu I used to make it when I worked in a restaurant  but I just wanted a piece and didn't want to buy ingredients to make it. I have looked in every place that could sell it in downtown or Coquitlam but couldn't find what I wanted. I finally found it yesterday at Him and I cafe in Coquitlam. It is so satisfying when you find what you have been looking for so long. It was exactly what I wanted and so good. 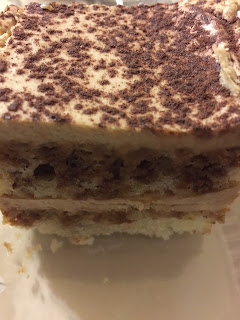 After the dentist I was craving soup but couldn't figure out where to get some from then I remembered I had a soup maker why buy soup. I thought I had some butternut squash in the freezer but I didn't so I ended up using frozen europe's best veggies.

I put the whole bag of europe's Best, the vegetable broth, and half an onion in the soup maker and set it to smooth. 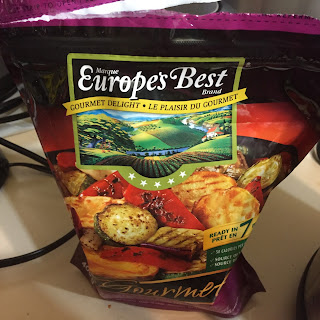 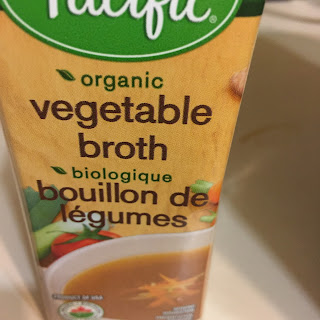 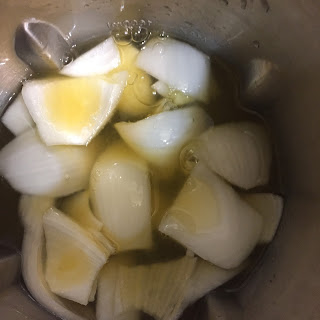 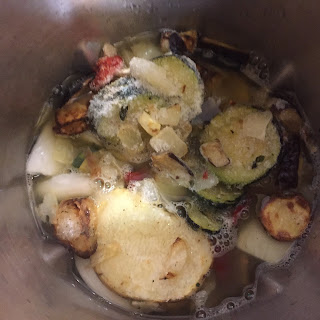 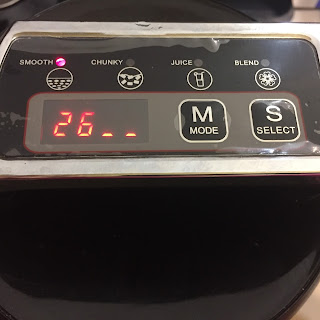 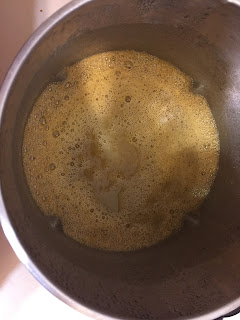 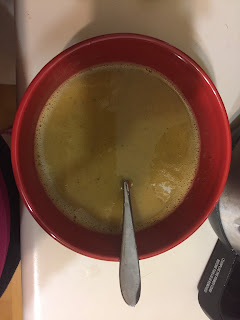 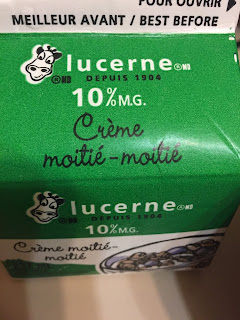 Since there was no fat in the soup it tasted a little bland
I added some cream to the bowl and it made it so much better. 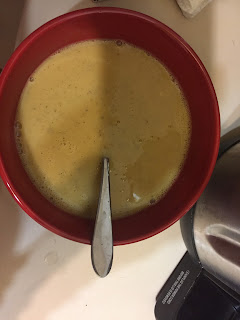