- January 30, 2017
This past week I really haven't been doing much my school is postponed and I did work a couple of days but really just taking a one week holiday to catch up on doing nothing well my apartment doesn't seem to be self-cleaning. Wouldn't it be great if self-cleaning houses existed?  I did visit the villa casino in honour of Chinese New Year and it was packed that day I am not Chinese but I will celebrate any holiday that involves eating. I also don't want to make this blog political but a lot of my time has been spent sharing as much info on my other social media sites to hope that education will help prevent this discrimination that is happening now. I recommend reading a fellow blogger article www.canadianmomeh.com/quebec-mosque-shooting this sums up a lot of what I have been trying to express.

Since I haven't been doing much thought I will blog about my weekend trip to the mall. Its a 20 minute walk for me so I did that. When I got there I wanted some tea I haven't been to David's tea for awhile. I stopped in for a cup. I got a pink lemonade sweetened with a bit of honey. It was so good. 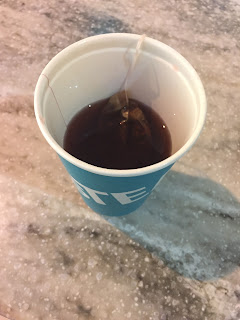 My purpose was to look at prices of headphones and really just to get my butt of the couch. I have always just used the headphones either from the dollar store or the ones that came with my phone but think I need better ones now. I looked in the mac store $329 out of my budget. I went to Sears and still around $100. I have to do more research before I buy something. Maybe I will win something.

I didn't want to cook. The new artisan lite pizza's at fresh slice are great. I put the box upside down in my bag and shook the box too much but its $5.95 for this look at all those toppings. This is pesto and the crust is super thin the box also says all low fat sauce. Also a lot of fresh veggies. This is a healthier fresher pizza.

Then I took the skytrain for one stop it was around 6pm when I left the mall so a little darker out. 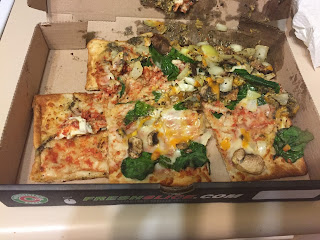 I also find it is much cheaper no veggies going bad if I just buy a pre-made salad. This is about $7 from Opa in the food court. 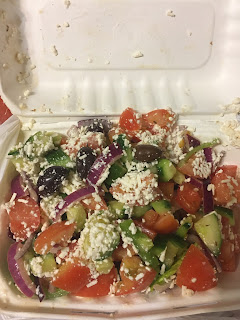 I also opened some baked beans. I was born in England but have lived in Canada since I was four. I do remember beans on toast being a British thing. I was curious at what British Style baked beans are. Really just a few more spices vs Canadian beans in Tomato Sauce. 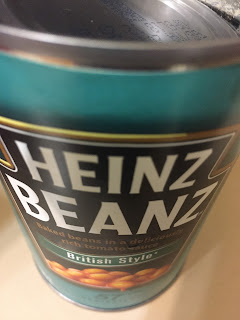 I am doing the beachbody challenge which requires drinking shakeology 5 times a week and working out three times a week. Shakeology takes some time to get used to but it tastes good to me now, it gives me a lot of energy I have vegan chocolate and vegan strawberry. Last month I decided I haven't gone to the gym in months I have to drive there and its not convinient so I cancelled my membership which ends January 31. I decided to go today before my membership expires. I have been doing beachbody workouts at home which are so convinient because I just have to open my computer or phone and can follow along. There are a variety of workouts. I used to like the gym because  circuit of hoist roc it machines that are no where else plus I like to workout on the co-ed side usually there was some eye candy to motivate me. It took me an hour to get dressed and figure out how to keep my stuff safe with no pockets etc then a 20 minute drive to the gym. Then half of the machines were out of order and the staff were also wiping down the machines in the circuit I like. I was only able to use half of the machines I like.  Then I switched to the bike I used to go to the gym to watch the channels I didn't have at home while on the bike but the gym has cut back not that many channels. This time no eye candy just a lot of sweaty people I had to share my space with. I have no regrets about cancelling my gym memebership I should have done it sooner. The beachbody workouts have enough of eye candy in them to keep me motivated and its so much more convinient than going to the gym. the workouts are also better for me as its like having my own virtual personal trainors instead of being left on my own at the gym. 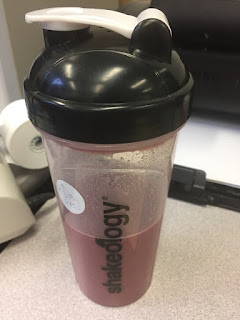