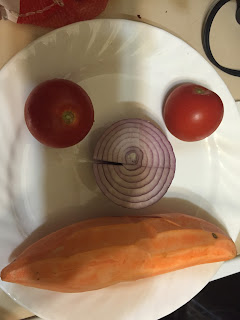 This week I spent a lot of time on work related items outside of work and not a lot of time on anything else. I did get my website livingvancouverloca.com up and running. I still haven't figured out how to move the blog to it though I did some things earlier today that will take some time to transfer files. Hopefully I will figure it out soon.

I enter contests every once in a while but I haven't won anything for around 6 months. I do not put a lot of effort into entering contests so I do not expect to win a lot but I do have some luck and winning is more enjoyable than getting discounts. When I received an e-mail from Essie telling me I won something I got excited and filled in the form right away and told some people I won. I received an e-mail blast that wasn't even personal the next day saying oops you weren't really a winner. There was no mention of compensation other than being entered into the same draw that I would have been entered into if I really won the prize I wasn't happy. A few hours later they did send a more apologetic e-mail and explanation that the e-mail had been sent to everyone who entered. They did offer a coupon for the same value as the prize and a seperate contest for only those would had been informed in error of the win. The marketing department at Essie really needs some work I would have been much happier if they didn't send email blast or they just sent the coupon as the prize. The way Essie handled the contest and the correspondence regarding the error gives me a negative image of the company.

The weather is getting colder and it seemed the perfect excuse to start using my soup maker again. If you have visited my other blog http://ishadish.blogspot.ca you may have seen some of my posts. I love it put the ingredients in set the setting to smooth or chunky and 25 minutes later hot fresh soup that pours easily into the bowl. I wasn't sure if the reason that I haven't used it for a long time was because it didn't work or it was one of those back of the kitchen things. I was pretty sure I had run some water through it to clean it recently and it worked fine. It is also a blender and a juicer so even if the hot part wasn't working I would have still kept it for the blender.  I was having one of those days where every electronic item I touched stopped working even though the night before they were perfectly fine. The soup maker was no exception.

I started roughly chopping my veggies. I always use the smooth cycle so there is no worry of how items are chopped. I only had 2 tomatoes, a red onion (only used half), and a large yam. 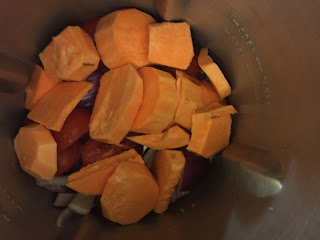 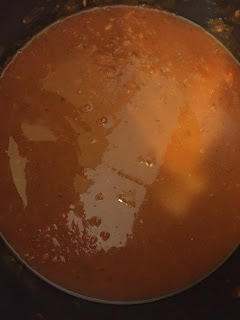 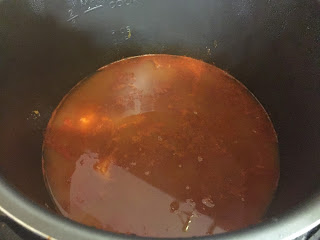 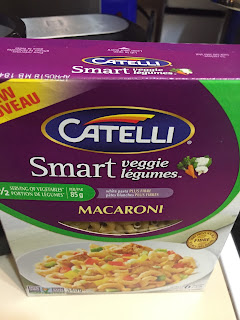